Last year Zita Holbourne, co-founder of BARAC UK and trade union activist won the positive role model award at the National Diversity Awards.  You can now nominate your role models on equality for the 2013 awards.

Nominations for The National Diversity Awards 2013 are now open

The National Diversity Awards 2013 in association with Microsoft is a celebration of the outstanding achievements of Positive Role Models and Community Organisations from across The UK.

For one night only Britain’s most inspirational people come together to honour the rich tapestry of our nation, recognising individuals and groups from grass roots communities who have contributed to creating a more diverse and inclusive society.

The ceremony being held at The Queens Hotel, Leeds on September 20th 2013, has gained support from a number of celebrities such as Stephen Fry, Beverley Knight and Ade Adepitan.

Theresa McHenry, HR Director at Microsoft UK, said ‘The National Diversity Awards are a wonderful way to recognise the extraordinary contribution of real people to our communities.  It’s a delight to be able to support this fantastic celebration of local heroes.’
Amongst last year’s winners was political campaigner Peter Tatchell, who scooped up The Lifetime Achiever Award; and Trade Union activist Zita Holbourne who was awarded the positive role model for race. 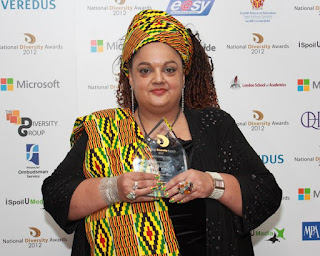 ‘My Transsexual Summer’ Star Drew - Ashlyn Cunningham spoke out about the success of the event;

‘The awards are continuing to grow and I am glad to be one of the flowers blossoming with it’.

‘To carry on supporting the awards and to be a patron again is something I feel so proud of’ Drew added.

The National Diversity Awards received an astonishing 8000 nominations for the last event.

Paul Sesay, Chief Executive of The National Diversity Awards said, ‘We received an overwhelming amount of nominations for last years’ ceremony, if ever there was a time to celebrate and elevate the truly staggering diversity of talent the UK has to offer – it is now’

‘I know another fantastic spectacle of role models will be delivered and recognised this year’.

Nominations are now open so don’t miss out on your chance to get involved!

There are several award categories including Positive Role Model, Community Organisation & Entrepreneur of Excellence.
Awards will be split into 5 categories including Age, Disability, Gender, LGBT and Race/Faith/Religion. You can also nominate for a Diverse Company and Lifetime Achiever.

Or for a nomination form please email: emma@thediversitygroup.co.uk

Notes: The Diversity Groups primary objective is to promote equal opportunities to people from every kind of minority background or lifestyle, including age, disability, gender, race, faith, gender identity, and sexual orientation.
Posted by Zita Holbourne, Poet~Artist~Activist at 20:36