Support our campaign against the deportation of Twane Morgan


Stop the Deportation of Twane Morgan, former soldier in the British Army with PTSD & bipolar  to be shackled and deported to Jamaica 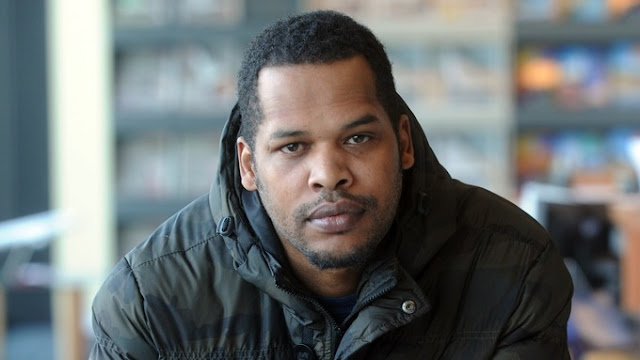 BARAC UK, were already supporting and leading a canpaign for British citizenship to be granted to Twane Morgan who is a former soldier in the British Army when he was detained last week. The UK Government plan to deport Twane on a charter flight which is a mass deportation of at least 50 people to Jamaica within the next fortnight. 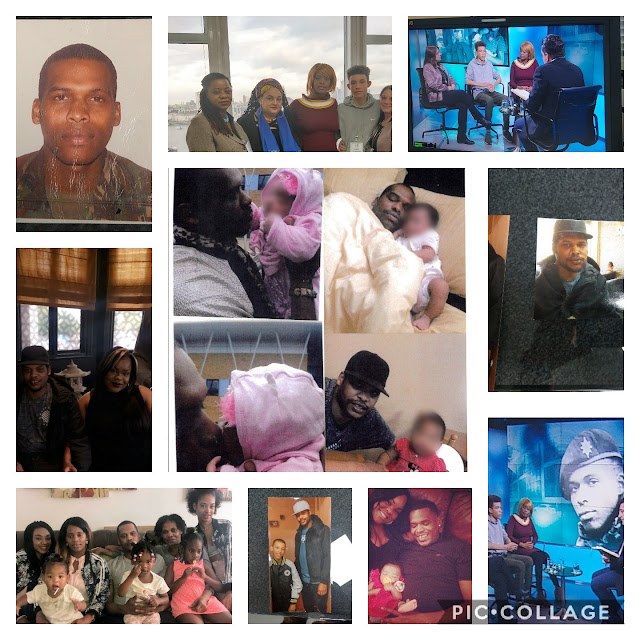 Our petition has gained over 83000 signatures and if you read the updates that will take you through developments.

We are working with the family, their lawyer at Rogols Solicitors and barrister from Justitia Chambers, the latter being   part of the BAME Lawyers for Justice group which BARAC UK are co-founders of.

"The treatment of Commonwealth soldiers is very similar to the treatment of the Windrush generation. The British government have been forced to acknowledge that they have done wrong and need to rectify their treatment of the Windrush generation. They should do the same for Commonwealth soldiers. They should do the right thing by Twane and allow him to stay here, raise his 5 children, get the support he needs from his family and the medical care he requires for his PTSD & bipolar conditions." 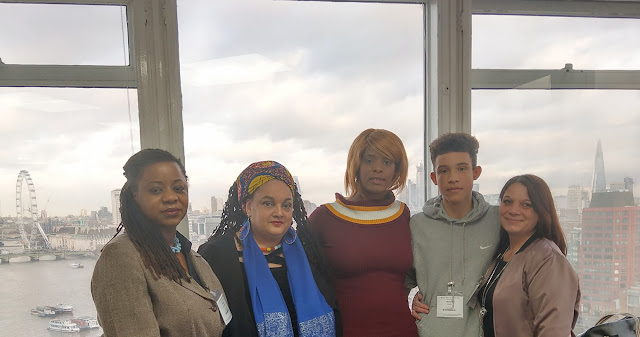 
Traumatised war veteran to be shackled and deported on charter flight.

From 1st February 2019 Twane Morgan will be taken to an undisclosed airport and taken with 50 other Jamaican nationals and 150 immigration escorts to be released over to Jamaica.
This is a man who joined the British army as a Commonwealth serviceman, was not told by the army how to survive in the UK upon his discharge.
Twane arrived in UK legally. In 2004, he enlisted in the British Army and on 31 August 2007, was medically discharged as a result of post-traumatic stress disorder. This was decided by the War Pensions and Armed Forces Compensation Chambers. A long existing policy meant that Twane was eligible for settlement and later citizenship. But no one told him that. Without formal permission to live in the UK, he was not entitled to work nor access the NHS. Unsurprisingly he turned to alcohol. On 16 October 2010, he got into a drunken argument with his daughter's grandfather and in order to defend himself from a hammer attack he stabbed him. As the UK Veterans have pointed out below as a soldier he has been trained to defend himself from attack by the Army and on discharge there is nothing in place to untrain and no support given to cope with life as a civilian. In Twane's case he was also denied essential NHS treatment and care. He was sentenced to 6 years imprisonment.  At no point did he receive any treatment.


It was only in 2017 that he was seen by a psychiatrist who stated that Twane Morgan suffers from complex PTSD which has persisted for approximately ten years. Mr Morgan suffers from bipolar affective disorder. He has now had two episodes of mania and is at high risk of relapse without ongoing treatment and supervision of his mental disorder.
The prognosis of his bipolar disorder is that he has a good chance of remaining in remission if he continues to take medication and cooperate with psychiatric follow up.


As a result of the sympathy his case has generated Veterans Association UK have come forward in support. CEO Tony Hayes provides some insight:


“ Mr Morgan served in the British Army and completed two tours of duty
in Afghanistan, these tours are usually between 10 -12 months
duration, this is an extremely long time to be under very high stress
levels. No one knows for sure but it is a reasonable estimate to say
that 85% of soldiers serving in the frontline Battalions and Regiments
i.e.  Infantry, Artillery, Armoured Corps soldiers and Royal Marines
serving on the forward operational bases (FOB's) will suffer with
Complex Multiple Trauma Post Traumatic Stress (PTSD).


Soldiers suffer with PTSD through two sources, firstly tour time, for
the 10 -12 months on the tour of duty, every time they exit the base
compound they are at serious risk of coming under fire, there is also
a high possibility of IED ( Improvised Explosive Device) injuries
either through remote detonation by mobile phone or landmine, during
this stage whilst on patrol the soldier is in a state of high anxiety
and vigilance, this itself will cause PTSD you then have the
individual incident i.e.  enemy contact involving a firefight (an
exchange of gunfire between the soldiers and enemy, this causes
extreme exhilaration and controlled fear. this is known as a contact .


during this time of battle a soldier often see's the death of enemy
combatants but also sometimes their friends killed by gunshot wounds,
this is a very traumatic experience extreme sadness and anger but
always remembered often via flashback years later. On some occasions
in Afghanistan the Taliban would put an explosives belt around a child
and send the child towards the soldiers and would be remotely
detonated killing the child and many personnel around the child, on
occasions this is picked up by the soldiers who have no choice but to
use deadly force to stop the child, this really plays up on the
continence of the soldier who takes out the target.


These situations cannot be understood by anyone unless they have been
in combat irrespective whether its Afghanistan Iraq, Falklands War
Northern Ireland the situation is the same and Mr Morgan completed two
tours of duty in Afghanistan for which he received a medical discharge
from the army having been diagnosed with Complex Multiple Trauma PTSD.
There is no cure for PTSD but it can be managed by the right
psychotherapist specialising in this field.


PTSD is a very debilitating illness often with other additional
illness such as Night terrors including flashbacks, Agoraphobia (fear
of going out)  Panic attacks, General Anxiety Disorder and many other
conditions. Sadly many ex soldiers are incarcerated usually for acts
of violence, very often caused by civilians usually young men
threatening these soldiers who when it comes flight or fight tend to
fight because H.M Government through the military have trained these
men to react the way they do, nothing is done upon leaving the army to
counter this they are just left on their own to cope”.
They say that “despite the law stating that anyone of a foreign nationality serving more than 12 months in will be deported, I believe this to be wrong in this case, the fact he served and fought for this country, he put his life on the line for this country and I believe the military covenant may come into play also, it states that `` No veteran or his/her family will be put to disadvantage'' (end).

Like the position of many veterans Twane was hung out to dry. Self medicating with alcohol and all the while his condition was getting worse and worse.


This is what a charter flight involves:


“On the plane itself, deportees are generally outnumbered at least two to one by escorts. Waist restraint belts (WRBs), in which people’s arms are shackled to their sides, are common. On two 2017 “Dublin” flights inspected by Her Majesty’s Inspector of Prisons (HMIP) and the Independent Monitoring Board (IMB), waist restraints were automatically used on 100% of detainees. On other inspected flights, a minority were restrained. Leg and head restraints are also used. Pain compliance techniques are used to put unwilling people into restraint, and those who continue to struggle are carried onto the plane.


So the British Government is dragging Twane onto a charter flight where he is likely to be shackled the way that the British treated enslaved African people during the 'Transatlantic Slave Trade". The treatment of the Windrush generation and Commonwealth soldiers like Twane whose UK resident grandfaher was of the Windrush generation is a legacy of enslavement, colonial rule and Empire.

A far cry from the observations of a High Court Judge who said:


‘The court is conscious that at the heart of military life and the sacrifices that soldiers make in the discharge of their duties is the Military Covenant. This reads:


"Soldiers will be called upon to make personal sacrifices – including the ultimate sacrifice – in the service of the Nation. In putting the needs of the Nation and the Army before their own, they forego some of the rights enjoyed by those outside the Armed Forces. In return, British Soldiers must be able to always expect fair treatment, to be valued and respected as individuals, and that they (and their families) will be sustained and rewarded by commensurate terms and conditions of service".


Rewarding long and distinguished service by the grant of residence in the country for which the service was performed would, in my judgment, be a vindication and an enhancement of this covenant”. 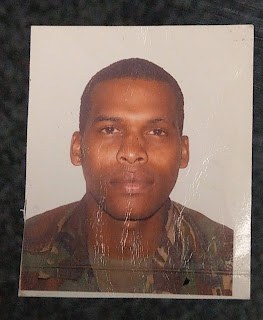 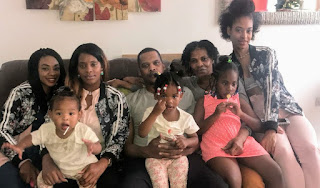 Press enquiries should be directed to barac.info@gmail.com