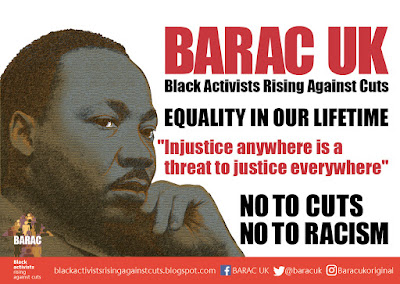 Over 200 people representing black
communities from England and Wales, gathered to discuss supporting the victims of Theresa May's ‘hostile environment’, demanding among other things, a public inquiry into the Windrush scandal, churches to organise Windrush Sundays, promoting the national petition calling on Government to impose no cap or limit on financial compensation for victims and announcing a Windrush National Day of Action, to be held on Sat 23rd February 2019 on the United Nations World Day for Social Justice.

Five of Britain’s major black cities, represented by local Windrush Action Groups, all committed to taking part in the day, London, Manchester, Nottingham, Leeds and Birmingham have already committed to organise simultaneous actions in each of these cities. More are urged to join the action.

“ The government needs to recognise the anger, tragedy and despair caused by this unprecedented and gross violation of British Black British citizens human rights.

This conference  puts the government on notice that victims will not be silenced or intimidated by the racism they’ve faced, on the contrary both Windrush victims and the county at large are rightly appalled at the treatment they’ve been forced to endure. This conference reaffirms the demand for no cap or limit on the compensation to victims and the urgent need to reform immigration legislation to ensure this never happens again.”

“The time has come to stand up and be counted. The hostile environment towards the African Caribbean community has been an ongoing part of British life for a number of years, in fact since the docking of the Empire Windrush on 22nd June 1948.

We are affected by every form of disproportionality that anyone can think off.

The treatment of the Windrush generation only epitomises the racist behaviour that our elders have been subjected to for a number of years.

We now need to send a clear message that we are here to stay, we have contributed and we are no longer putting up any form of this type of Systemic racism any longer.”

Zita Holbourne Chair of Black Activists Rising Against The Cuts (BARAC) UK, one of the key note speakers at the conference stated;

“The horrific injustice and racism experienced by multiple generations not just Windrush must be addressed but also there has to be real action taken to prevent further cases. There are already 11 reported deaths of those deported plus others who have died in the UK. Some faced with what can only be described as hell on earth have sadly taken their own lives.

The criminalisation of whole communities in this way demonstrates racist intent but the conditions forced upon people, targeted, detained, restrained, ejected from the country and made destitute and isolated, is an abuse of human rights. We call upon everyone who cares about justice, equality and human rights to stand with us and support A national Day of Action for Windrush Justice  and the call by my trade union PCS  for a Public Inquiry  ”

“Windrush Action Group is one of the many voices that have emerged to advocate for justice for the victims of the scandal and is led by victims with a membership of about 400 persons.

Both of today's events are important as we put the Windrush scandal within the context of the wider experiences of racism which continues to emanate from so many organisations and institutions and now with the rise of the far right, with increasing sections of society. The Windrush scandal is a major one and is as offensive as it is devastating to that generation of people who gave so much to the UK including to the families of those who have died or were deported.

But we must be vigilant because there are other equally disgraceful practices in the immigration rules and policies which includes the continued deportation of people to countries they don't know, the forced warehousing of people in hostile detention centres without time limits, the continued separation of families through onerous English language and fee requirements, the detention of non visa national holiday makers for spurious reasons, the exorbitant profit making fees and surcharges which increase yearly and the discriminatory treatment of children born in the UK to non British parents who remain undocumented.”

Lee Jasper, A Blaksox sponsor and national press officer of Momentum Black Caucus and one of the key note speakers at the conference said;

“ The illegal deportation of British Black citizens, over decades by the British State represents a most vile defilement of the citizenship rights of a people, Windrush generation, who helped rebuild this country from the ground up. The social contract between the British state and Black British citizens has been broken, smashed on the rocks of institutional racism and blind indifference.

Theresa May’s “hostile climate” is in fact the delivery of long a cherished fascist demand thought unthinkable. From Mosley , the National Front, the BNP and of late, the white neo fascist terrorist organisation, National Action, all of whom dreamed of a day when they would see the forced repatriation of British black and brown people. That day is here, that time is now, and today’s conference calls for an unprecedented action to secure justice for Windrush victims and secure black human rights and citizenship. We are not asking for justice, we intend to secure our unable rights by any means necessary.” 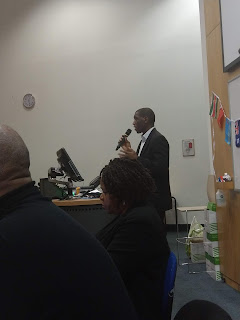 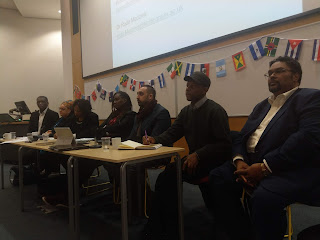 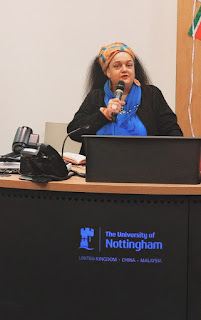 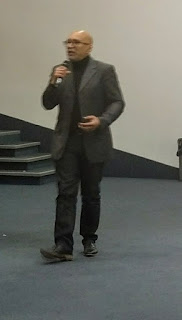 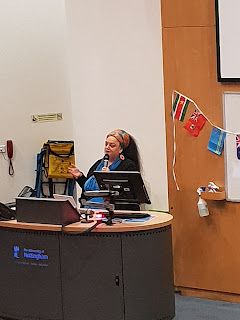