Our chair Zita Holbourne spoke in her role as National Vice President of PCS Union, at a conference organised by European public sector unions in Palermo, Sicily on 28th September, you can watch her speech below and read her article on the PCS website.

The conference agreed a statement (below), which Zita contributed to and a network to welcome migrants to Europe, oppose racism & stand for properly resourced public services responding to the needs of refugees and migrants. 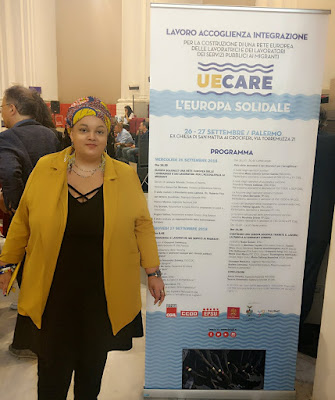 
Proposal for a statement by FPCGIL e CCOO
European solidarity? A European network of public service workers to welcome migrants