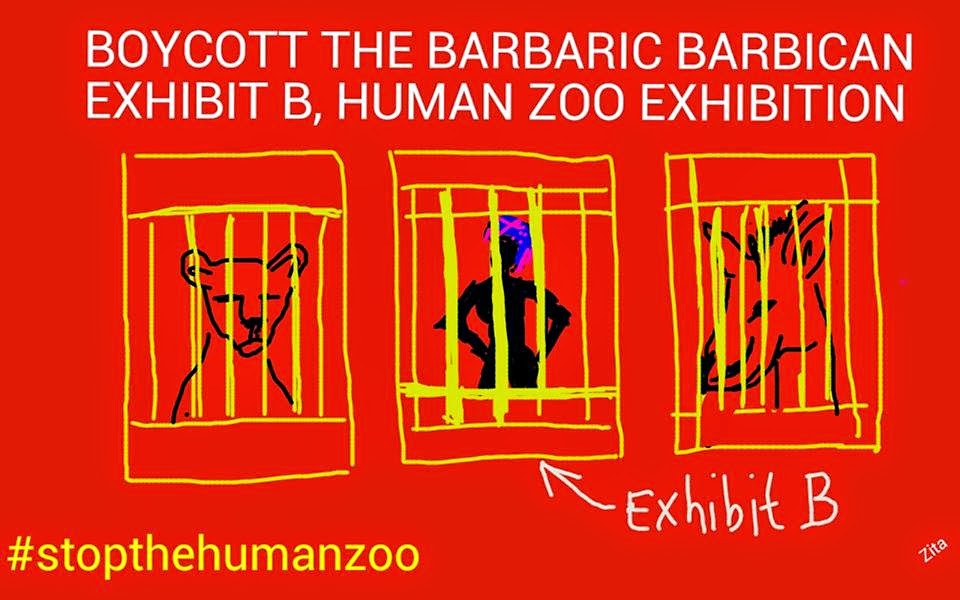 The campaign to stop the racist human zoo exhibition, Exhibit B due to take place at the Barbican 23 to 27 September, has gained almost nine thousand signatures in just over a week and received national news coverage. Along with the petition's author, activist and journalist Sara Myers and BARAC UK, the campaign is supported by a broad range of community campaigners & organisations, including Operation Black Vote (OBV) as well as Unite the Union who have members working at The Barbican.

BARAC and others have been in dialogue with The Barbican but so far they have refused to withdraw as hosts of the exhibition disregarding our concerns and claiming that the exhibition is a lesson in history. In fact they could not even be bothered to respond to the second communication BARAC sent them. 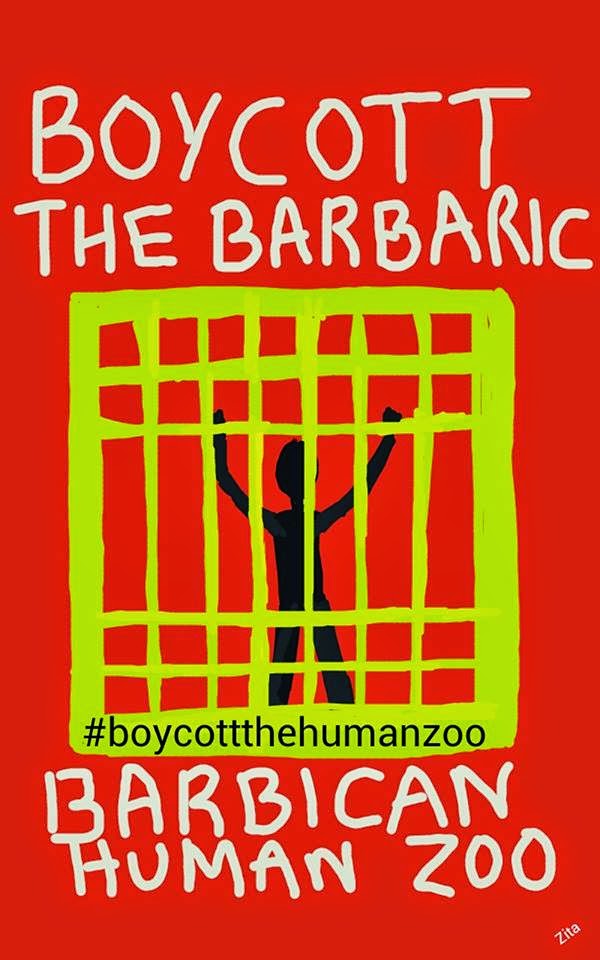 The exhibition has been met with anger in other countries on its tour and it is clear from reports that the exhibition which is curated by Brett Bailey, a white South African, is for white audiences. This just makes it even worse that he has decided to exhibit the abuse, torture and murder of black people for a white audience.

It is insulting that the exhibition objectifies black people and uses actors and actresses, many of them semi naked women, to enact the atrocities and abuses that black people have experienced through history, it includes black people placed in cages, an enslaved  woman shackled to a bed waiting to be raped, and an extradited man on an plane seat who died from suffocation. 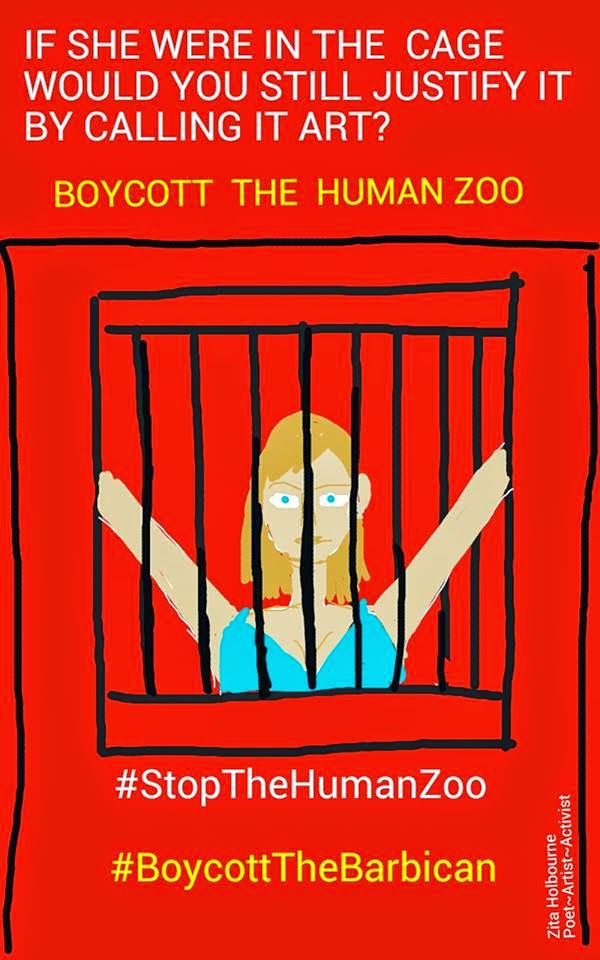 These are not scenes that black people need to see to understand the history of abuse and racism our ancestors experienced, we are still living with the legacy of racism every day, we are experiencing deepening racism in the UK and globally. In the UK austerity is amplying racism, institutional racism is deepening with the criminalisation of black communities yet the exhibition offers no solutions to the legacy of racism and the racism we face today.  White people visiting the exhibition who hold racist views are not likely to change them because of it, in fact we believe the exhibition will attract people who feel a sense of enjoyment in seeing black people on display in this way and will simply fuel racism. This insulting, racist exhibition cannot be excused by labelling it art any more than inciting racial hatred can be justified by claiming freedom of speech. Brett Bailey cannot use white privilege to claim an understanding of the black experience on the receiving end of racism.
Protests and activities are planned outside the Barbican and you will receive updates on these if you sign the petition or join the facebook page and event.

You can support the campaign by signing and sharing the petition: SIGN THE PETITION HERE

Sharing this email with your networks together with the petition and facebook event page below.

Writing to The Barbican and Patrons of the Barbican to complain.
Providing us with a statement of support for the campaign from you / your organisation.