VICTORY THROUGH COLLECTIVE ACTION - BLACK HISTORY AND THE CURRICULUM


At the start of the year we faced the prospect of the Government removing black historical figures, Mary Seacole (voted No 1 black Briton) and Olaudah Equiano from the school history curriculum.

But in just a few weeks, through the efforts of a campaign team including  Simon Woolley of Operation Black Vote, Cllr Lester Holloway, Cllr Patrick Vernon, Khi Rafe, Professor Elizabeth Anionwu, Juliet Alexander and myself with the backing of 36,000 members of the public we have succeeded in not just ensuring that Seacole and Equiano remain on the curriculum but upgrading them from the notes meaning they were optional to the main curriculum.


Secretary of State for Education, Michael Gove was placed under increasing pressure from the outrage expressed by campaigners, politicians, trade unions, those working in education, community groups, well known personalities and the general public, reported on an almost daily basis by the media.

·        Mary Seacole is including in the changing role of women alongside Florence Nightingale who was also threatened with removal.

·        The Race Relations Act is included in society and social reform as is legalisation of abortion and homosexuality. 
The importance of equality is highlighted as follows;

‘The Equality Act 2010 requires the Government to have due regard to the need to eliminate discrimination, advance equality of opportunity and foster good relations. The content of the curriculum is not specifically covered by the Act but we have been determined, throughout this process, to ensure that our polices make opportunities more equal for every child.


One of the key objectives of the National Curriculum review has been to ensure that all pupils, irrespective of background or circumstance, should have the opportunity to acquire the essential knowledge and skills that they need to succeed in life. We want to ‘democratise knowledge’ by ensuring that as many children as possible can lay claim to a rich intellectual inheritance.’


This means allowing the National Curriculum to be taught in ways that enable all pupils to have an equal opportunity to succeed. The new programmes of study give teachers greater scope to tailor their teaching in ways that help to meet the particular needs of all pupils.’

Whilst this is a clear victory we should not be complacent. There are many periods of black history that are not included and numerous other black historical figures that our children would benefit from learning about  as well as other historical figures to ensure diversity. The consultation paper needs to be examined in detail to identify any detrimental changes from the existing curriculum and any aspects of history that have been left out. It's important for individuals and organisations to take the time to read through the proposals and respond to the consultation. The final curriculum is something we all have an interest in. It impacts on our children, grandchildren, students and the next generation of school children. All children, black and white,  benefit from knowing the truth about history and knowing about a broad range of historical figures and periods of history to inspire them but also so that they can learn from the past.


The U-turn by Government demonstrates the impact we can have when we all stand together in large numbers but the struggle continues and we all still have a part to play.

My thanks go to the campaign team I had the honour to be a part of, all who signed the open letter to Michael Gove in the Times headed by the Rev Jesse Jackson, everyone who signed the petition, the MPs who signed the Early Day Motion, the trade unions and other organisations who backed the campaign, the media for giving us rolling coverage of the campaign and many more who offered their expertise or worked behind the scenes to broaden awareness and help the campaign grow. 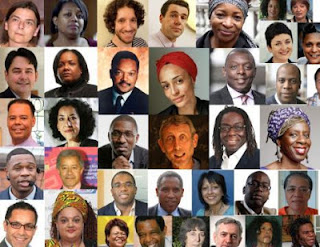 We should  both celebrate this victory and draw courage, strength and determination from the success of asserting our collective people power to continue the fight for a strong, balanced and diverse curriculum and for the battles that lay ahead – not least the impact of cuts, discrimination and injustice on us, our families and communities.  Whilst it is right that we defend what we have, if what we have is not sufficient we must at the same time as defending fight for improvements. 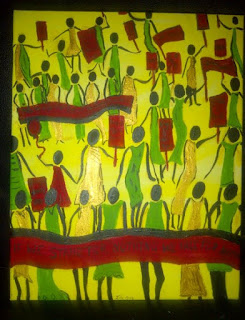