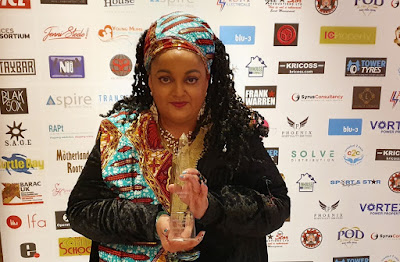 BARAC UK urges voters to vote Labour in the general election in order to advance equality and tackle discrimination.

Zita Holbourne, Co-founder and National Chair of BARAC UK received a Lifetime Achievement Award for her role as Equality Champion.

The Award was made by the Legacy Gala and Awards, at a ceremony held at the Royal Lancaster London Hotel in Bayswater on Saturday 7th December.

Now in their fourth year, The Life Time Legacy Awards are made to individuals nominated by their peers, because they have used their career not just for personal progression, but have also sacrificed much, in order to prepare the ground for others to follow.

Zita was given the award for Equality Champion in recognition of her work over decades as a trade union representative,  community activist and human rights campaigner, working tirelessly  not just in the UK but globally to challenge discrimination and advance equality. 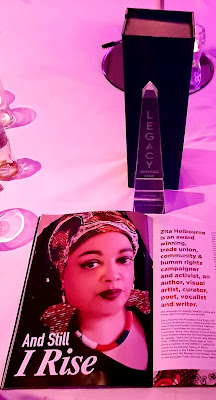 On winning the award Zita said:

"Equality is at the heart of all I do, be it as a trade union or community  activist, human rights campaigner, visual artist, author or poet, I strive to achieve, improve and advance equality.

Receiving this award is a great honour for me and very special in that it recognises the importance of equality in our lifetime as well as for future generations. At a time when equality gains have been stripped away, over ten years of austerity, impacting adversely on equality grounds and bringing deepening discrimination and injustice, we all need to challenge discrimination when we witness it, as our silence empowers those who hold discriminatory views.  Equality cannot just be about defending any gains we have made, but working together, to achieve true equality so everyone can live with dignity, respect and peace and pursue their dreams and aspirations free from the barriers created by discrimination.

Over the past decade we have witnessed deepening discrimination towards black and minority ethnic people, women, disabled people, LGBT plus people, younger and older people as well as migrant communities. It is essential that we reverse this discrimination but also that we keep  advancing  equality and tackle discrimination robustly. It's incumbent on all of us to call it out and take action.

The horrific treatment, still impacting to this very day, of the Windrush generation and their multi-generational families is a stain on the history of UK politics, full justice must be served.

Likewise the scapegoating of migrant communities, cuts to essential services, discrimination  in the labour market and discriminatory barriers to progression must all be challenged.

We can and must all work together in order to make equality a reality."

"I'm delighted that Zita has received this award which is well deserved recognition for her decades long commitment to promoting equality and fighting injustice.

That this award has been made by leaders within the black community gives it added value.

Recipients of lifetime achievement awards are often nearing the end of their careers.  That's definitely not the case here. I know that Zita will continue her contribution nationally and internationally." 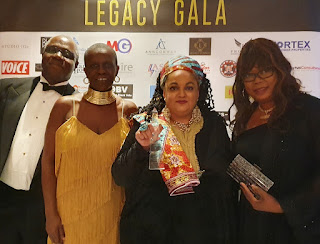 She campaigns for equality, freedom, justice and human rights through arts and activism.

Zita is the Co-founder and National Chair  of Black Activists Rising Against Cuts which campaigns against the adverse disproportionate impact of cuts on black /BAME workers, service users and communities and deepening related injustice and racism.

She is a founding member of BAME Lawyers for Justice and BME Lawyers for Grenfell. She has campaigned against Windrush and related deportations for decades  and for refugee and migrant rights on a global level. She coordinates regular humanitarian aid distributions to refugees.

Zita is National Vice President of the Public and Commercial Services Union where she chairs the union's National Equality Committee. She is Joint National Chair of Artists Union England.

She is elected to the Trades Union Congress Race Relations and  the Women's Committees and is also active in the trade union movement on a European and international level.

Zita's work in the arts and on equality has Bern recognised by the United Nations and she is a member of the UNESCO Coalition of Artists for the General History of Africa.

Zita is the author of Striving for Equality Freedom and Justice and featured in  the award winning book, Here We Stand; Women Changing the World. She is a  contributor to numerous books, as a writer and illustrator including New Daughters of Africa, an International anthology launched in 2019.

She is the winner of the UK National Diversity Awards Postive Role Model for Race amongst other awards.

Zita is an award winning performance  and published poet. She has performed internationally, including at Glastonbury, in the UK Parliament and at Nelson Mandela's official UK memorial service.

She is the founder and curator of the Roots Culture Identity art exhibition/collective providing a platform for predominantly young , black (BAME)  and migrant artists.

She has led and won many campaigns for justice and equality and built equality structures and initiatives in the UK and globally. She has advised the European Commission on  tackling discrimination and improving equality and for decades  she has successfully represented on and challenged discrimination at work and in wider society.

BARAC UK, urges voters in this week's  general election to vote for the Labour Party, as the party that has historically  and that will if elected, implement, progressive equality policies and  a focused strategy and stand alone department  for equality. 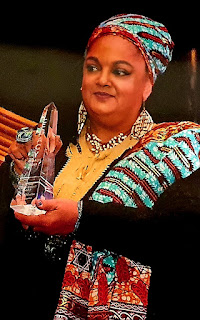