BARAC UK will be faciliating a session at The World Transformed Conference - a four day fringe conference running alongside the Labour Party Conference with a range of sessions run by grassroots organisations like ours. More info at the bottom of this email about the conference.

Our session: Building Black Power; Asserting our right to race equality
Facilitated by Black Activists Rising Against Cuts (BARAC ) UK
Chair: Zita Holbourne Co-founder & National Co-Chair BARAC UK
Speakers : Donna Guthrie; BARAC Women's Officer
Colette Williams; PAC45 Co-ordinator / Founder
Speaker from Liverpool "Black Lives Matter"
Panel discussion followed by audience debate
Description:
How do we build a Labour Party & wider labour and social movement that focuses on eradicating racist injustice and race equality?
Austerity has amplified racism over the past 6 years and led to deepening poverty for black communities. Along side this we have experienced increased racism and injustice from discrimination in the labour market to disproportionate stop & search, deaths at the hands-off the State whilst being denied access to justice because of cuts and a failure to address institutional racism by public authorities including the police.
This event will discuss how radical black movements can work together to build a 2020 vision focused on black leadership and anti racist struggle, uniting the Black labour movement & Labour Party , focused on the impact of austerity & Brexit & challenging institutional racism.
We will publish a briefing paper which will form an initial discussion on how we take the strategy forward with the aim of continuing debate after the conference and forming a consensus that brings Black communities, activists, campaigning organisations, the Labour movement , the Labour Party and Momentum together to achieve a common aim.

We have initiated a United Black Labour in support of Jeremy Corbyn Platform to aid discussion in the lead up to this event which can be joined here:
https://m.facebook.com/groups/321055688226965?tsid=0.3350644560390177&source=typeahead
Follow on twitter here: @UBL4Corbyn
Speakers will set out their 2020 vision & this will be followed by contributions from the audience. The briefing paper will be available on the day & prior via the event website, BARAC UK website and facebook group above.
www.blackactivistsrisingagainstcuts.blogspot.com

To faciliate discussion an online platform has been initiated by some of us  and we will post the briefing paper on here.

We welcome your contributions and ideas on the theme on here - see facebook link and twitter handle below:
This is a platform for discussion on the following:

Coming together to unite black* people around supporting Jeremy Corbyn for Labour leadership and more widely a platform for an exchange of ideas, discussion and development of a political consensus around race equality for black members of the Labour Party.

Our objectives are to:

1. Bring black Labour Party members together who support Jeremy Corbyn to build consensus
2. Offer a platform for creative discussion on race equality legislation and policies we would like to see reflected in Labour Party policy arenas.
3. Bring people together who share a common vision of supporting Jeremy Corbyn for leader whilst building our agenda on race and black communities including those who face multiple discrimination such as young black people and black women.

We want to work with existing black structures within the Labour Party and the wider labour movement.

*We define black as all those who come from the African and Asian diasporas. 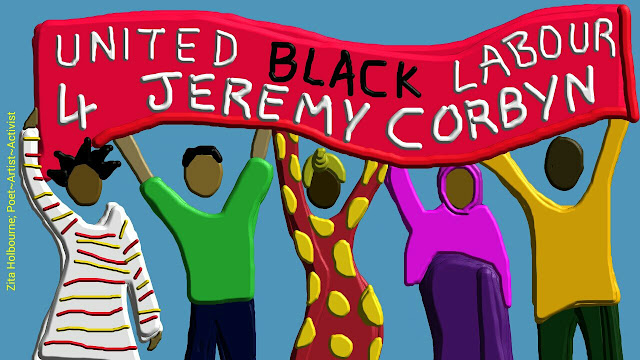 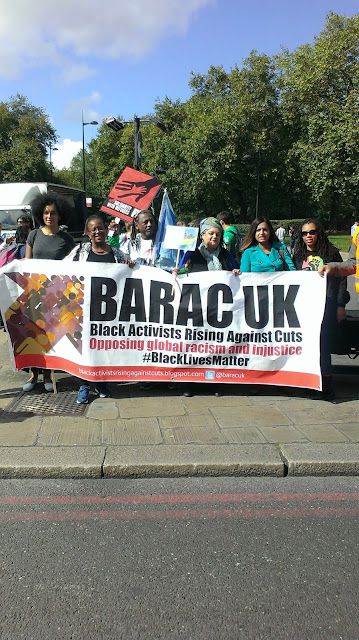