Co-Chair of BARAC, Zita Holbourne, in Afro News top 12 African and Caribbean Women of the year 2013: 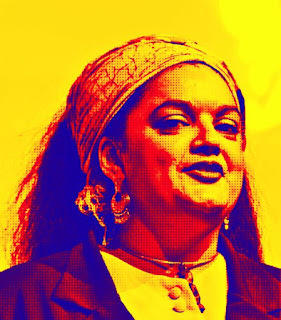 Share
This year, for the first time, The AfroNews has compiled a list of remarkable Black women in the UK who have made a great difference in different sectors.
While of most of them are social activists leading the fight for human rights, fight against racism and other forms of discrimination, others are doing brilliant work in the charity and voluntary work sector. At the same time, others are a source of inspiration in entertainment and sports, etc.

We know that there are many other outstanding Black women in the UK who deserved being included in this list. In fact our team found it very hard to come up with this list because of hundreds of exceptional candidates we had at the beginning.

We would therefore encourage those who have not made it this time to continue doing good since we will be observing their achievements while preparing the next list of Top 12 African & Caribbean Women of the Year in UK.

“As a newspaper committed to promoting the positive image of members of the Black Community in the UK, we find it right to celebrate these women who have excelled in different fields. This is our way of encouraging and thanking them for their good work, while at the same time challenging others to follow their footsteps,” said Stephen Ogongo Ongong’a, Editor of The AfroNews.

The Top 12 African & Caribbean Women of the Year in UK

Ms. Makoni is the founder of Girl Child Network Worldwide (GCNW), an organisation that champions the rights of the girl child globally, and supports their education.

She has dedicated her life to fighting for girls’ and women’s rights and calling for an end to harmful cultural practices.

She never relents in the fight against Female Genital Mutilation (FGM). She has of late, singled out one of the forms of FGM which is rarely talked about, labia elongation.

Her organisation has so far protected and supported more than 300,000 girls in Zimbabwe and other parts of the world.

Theodora Ibekwe-Oyebade – For supporting many upcoming actors and actresses

Ms. Ibekwe-Oyebade is a UK based Nollywood movie producer and actress who has paved ways for many new young actors and actresses.

She is the founder of Theodora PR, a media and consultancy PR firm for Black talent in UK.

She is also the producer of the Miss Elegant international TV Show.

Ms. Ibekwe-Oyebade has supported and raised funds for various charities. She has also spearheaded many events including pageants and movie premieres.

Recently, she was made the Face of ZAFAA (Zulu African Film Academy Awards) 2013-14.

Zita Holbourne - For fighting against racial discrimination and anti-immigrant policies

Ms. Holbourne is a poet, artist, activist, and trade unionist who for years, has been leading the fight against racial discrimination and anti-immigrant policies.

She is also the National Co-Chair of Black Activists Rising Against Cuts (BARAC) UK, an organisation that highlights the disproportionate and adverse impact of reduction in public spending on the Black Community. BARAC also provides a campaigning platform to fight against cuts.

The organisation has been calling for an independent judicial inquiry into the deaths in police custody in the UK, and supporting the families of the victims.

Ms. Giraud founded the TG Foundation in London in 2009 to
help victims of rape and sexual violence in the north-eastern Democratic Republic of Congo (DRC).

The Foundation financially supports hospitals in more remote or less developed areas of the Kivu region in the DRC.

These hospitals provide various treatments including healthcare, psychological treatment, temporary housing, as well as job training programmes for women and girls who have been raped and are victims of sexual violence.

Some of these women and girls are so violently raped that it sometimes takes multiple fistula operations before they are able to physically recover from their ordeal.

They develop a condition known as traumatic fistula. This condition occurs when women are raped so violently, that their vaginas are left torn and they are rendered incontinent.

Ms. Strike is a Harlow-based British Paralympic wheelchair racer. The Kenyan born athlete contracted polio at the age of two, resulting in a later Royal National Orthopaedic Hospital diagnosis of below T7 paralysis.

She arrived in the UK in April 2000, and was introduced to wheelchair racing in 2002. In 2004 she became the first Kenyan wheelchair racer to represent her country, competing in the T53 400m finals at the Paralympics in Athens.

Following a successful application for British citizenship in 2006, Ms. Strike became a member of Team GB and, after reclassification, now competes in the T54 racing category as a British athlete.

She provides a personal example of courage, commitment and determination that challenges misconceptions about disability.

Athlete, author, and sporting ambassador, Ms. Strike inspires achievement and excellence across a broad range of life situations through motivational talks and appearances that encourage others to overcome difficulties and maximise potential.

Baroness Doreen Lawrence – For fighting for justice and racial equality

Baroness Lawrence is the mother of Stephen Lawrence who was murdered in a racist attack in 1993. Since then, she has been a strong voice and tireless campaigner for justice and racial equality.

She is one the very few people in the UK to have ever had a profound effect on society.

Without doubt, her campaign for justice and racial equality has transformed attitudes towards racism and policing in the UK.

Ms. Long is the Founder of Black Entertainment, Film, Fashion, Television and Arts (BEFFTA) Awards. This is Europe’s biggest award ceremony for black and ethnic personalities.

Ms. Long is a self-appointed crusader for human love. She believes in spreading love and humanity as a means of ending war, poverty, hunger, rape and all other injustices.

She uses her premier daytime TV talk show on SKY channel 182 - Pauline Long Show to highlight on world’s injustices by engaging her panellists and the viewers at home in a live discussion.

Ms. Steele is the Creative Director of Lioness Ladies, Motivational Speaker and Mentor.

She created “Keeping it Real” show to celebrate local heroes, inspire and connect them with the wider community.

In 2011, Ms. Steele was honoured at Lewisham’s Make a Difference Awards by the Mayor for Supporting Others after creating 10 different projects from £8,000 funding.

Many young people consider her a source of ideas for inspiration. Ms. Steele nurtures aspirations and promotes empowerment of women.

Ms. Sunmonu is the Founder of Gèlè Tea, the couture fashion show and afternoon tea that raises awareness of dementia within the UK Black Community.

Gèlè Tea is named in honour of a gèlè enthusiast living with Alzheimer, hence the emphasis on  gèlè - a traditional  African head gear which draws attention to the head.

Proceeds from Gèlè Tea events go to support the work of Dementia UK.

Ms. Lapompe is the Founder of Shai Foundation, a UK-based charity supporting education of poor children in Haiti.

Shai Foundation supports global ministries in sending help where help is needed to demonstrate God’s love in all its fullness. Explaining their projects, Shai Foundation states: “We see the necessity of mission work to alleviate suffering, relieve poverty, and improve the quality of life for people in the UK and globally. The work that we get involved in helps to build houses, medical centres, and support schools. We enable people to hope because we show a long-term commitment to development in communities that changes people’s lives.”

Ms. Ariyo OBE, is the Founder and Director of London based charity Africans Unite Against Child Abuse (AFRUCA).

She founded AFRUCA in 2001 as a platform for advocating for the rights and welfare of African children in the UK. In 2012 AFRUCA was instrumental in influencing the government to take action against the issue of the branding of children as witches.

AFRUCA is the only black led charity in England supporting victims of trafficking from Africa and raising awareness in Black Communities about the issue.

Ms. Mutale is the Founder and CEO of POSITIVE RUNWAY: Global Catwalk to Stop the Spread of HIV/AIDS.

This is a global HIV/AIDS awareness campaign that tours the world working with models, beauty queens, fashion designers and celebrities.

Ms. Mutale is an Honorary Ambassador for Gender Equality and Spokesperson for the International Women’s Think Tank. She is also an advocate for women’s, children’s and human rights.

In November 2013 Ms. Mutale received the Ambassador for Peace Award from the Universal Peace Federation, a global alliance of individuals and organizations dedicated to building a world of peace in consultative status with the United Nations.

The following is a piece I wrote on 29th May 2008. I find it so relevant that I can’t resist republishing it today.

The rate at which women are raped is alarming. While some cases are reported, most are not because of fear, embarrassment,
READ MORE