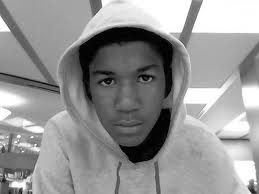 Parents of murdered black teenager Trayvon Martin to address public meeting and vigil in London tomorrow
The parents of the murdered US African American boy Trayvon Martin, Tracy Martin & Sybrina Fulton will speak tomorrow, Friday 11th of May at a public meeting and vigil  (details of both events below).
The Trayvon Martin family issued the following statement:
"We are humbled by the support we have received from the people in London and around the world. The struggle of people like Doreen Lawrence in Britain, who invited us here and whom we met yesterday, shows us that as in the USA, there is a problem of racial profiling in society and amongst institutions. We would like to work with people here in London and around the world to help end the scourge of racial injustice across the globe."
Zita Holbourne, National Co-Chair Black Activists Rising Against Cuts (BARAC) UK said:

"We are delighted to be able to host this meeting and like many people throughout the world we are both  angered and saddened at the news of Trayvon Martin's murder. This meeting will offer the opportunity for people to hear first hand what happened to the Trayvon Martin family and offer support and solidarity to them and for us to discuss how we can work together in order to tackle racial injustice globally."

"In the run up to the Olympics we intend to work with others to highlight racism here in Britain and throughout the world. The case of Trayvon Martin echoes cases that span decades and continents. Global racism is on the rise and as the economic crisis worsens we must be organise against those who seek to whip up racism and scapegoat black communities. This meeting will be the start of that international campaign to expose racism in Britain and the rest of the world. All over the world the 99% are saying without justice there can be no peace"