A DREAM THAT’S STILL TO FIGHT FOR
FEATURE WRITTEN FOR THE MORNING STAR NEWSPAPER, FIRST PUBLISHED IN THE MORNING STAR ON 28TH AUGUST 2013
FIFTY YEARS ON FROM MARTIN LUTHER KING’S MOST FAMOUS DREAM, RACISM STILL ABOUNDS IN BOTH TORY BRITAIN AND THE USA SAYS ZITA HOLBOURNE 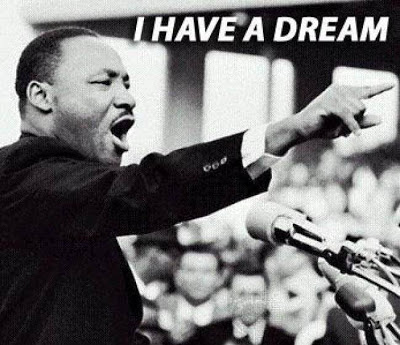 2013 marks the 50th anniversary of two major events in the struggle against racism, in the USA and here in the UK.

On this day in history, August 28th the march on Washington for jobs and freedom took place calling for civil and economic rights for African Americans.  Dr Martin Luther King gave his iconic speech known as his ‘I have a dream speech’ where he set out his vision for a future where black people would be equals with white people.  Attended by an estimated quarter of a million people it was the largest political mobilisation seen in Washington.

In the same year the Bristol bus boycott took place led by Paul Stephenson with the West Indian Development Council, inspired by Rosa Parks and the Montgomery bus boycott.  Responding to the refusal of the Bristol Omnibus company to interview a young black man, Guy Bailey, for a job on the buses because he was black, the boycott lasted 4 months until the company was forced to remove its colour bar. It attracted national publicity and led to the first race discrimination law in the UK, the Race Relations Act 1965 and the Race Relations Act 1968.  Shamefully the trade union for workers on the buses, the TGWU, worked with the Bristol Omnibus Company against the employment of black workers when as a trade union they should have been stamping on discrimination.  It took 50 years for the successor union, Unite to issue a public apology for this. 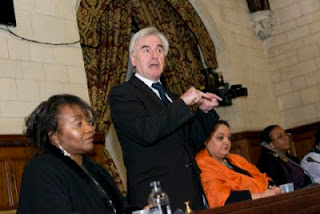 50th years on, my organisation, Black Activists Rising Against Cuts (BARAC) UK launched a campaign in Parliament for 2013 entitled  MLK50, Equality In Our Lifetime, hosted by John McDonnell MP.  We believe we are entitled to equality in our lifetime because we and those who went before us have already fought long and hard for equal rights. We don’t believe equality should be an aspiration for future generations but something we are entitled to now.

Asking the questions 50 years on, how far have we come? Have we achieved the dream?  through a programme of actions and events, the answer is painfully obvious to African, Caribbean, Asian and migrant communities in the UK.

Equality is being stripped away every day. From David Cameron’s speech in Munich in 2010 declaring the ‘failure’ of multiculturalism to austerity measures disproportionately impacting on black workers, service users and communities, from Islamophobia to  the rise of the far right,  watering down of race equality law to under-resourcing of the Equality and Human Rights Commission, from the return of SUS laws and young black men up to 32 times more likely to be stopped and searched than their white counterparts to deaths in custody and racist murders and most recently the government’s racist advertising van campaign and targeting of black people at train stations to check immigration status, we are living in a society where racism is increasing  -yet the government would have people believe we are living in a post racial Britain where there is no need for race equality measures. 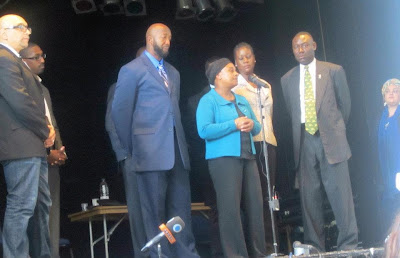 The story in the USA is a similar one – whether I am doing press interviews, radio shows or talking to black activists in the USA there is a recurring response to my accounts of the ever increasing racist events in the UK ; ‘what you describe is exactly our experience here’  ‘ you could be talking about the USA’ .  The recent verdict in the Trayvon Martin murder trial disgracefully justifying his killing by George Zimmerman through the Florida Stand Your Ground law has led to widespread outrage across the USA and wider with a well-attended march and rally BARAC organised last month against global injustice and racism, calling for justice for Trayvon Martin, Jimmy Mubenga and Azelle Rodney amongst others. Black activists in the USA have also called an International Boycott of Florida products until Stand Your Ground Law goes which has been supported by international artists including Stevie Wonder who have declared their refusal to perform in Florida.

Austerity measures both here in the UK and the USA are amplifying racism and the disproportionate impact of cuts on black workers is made worse because black people  already faced discrimination in the labour market before the economic crisis and as a result find it harder to get work when their jobs are cut.  The con-dem racist campaign against migrant communities spread myths and lies which leads to racist attacks when the truth is that migrants do and have always benefitted the economy and contributed positively to society, enriching our culture.
Families here, like the family of Trayvon Martin, who we hosted here  last year to give solidarity from the UK are forced overnight to become activists in order to fight for justice when their loved ones are murdered by racists or at the hands of the state, often for many years.
Attacks on legal aid will have a detrimental impact on victims of racism, especially since many race advisory and anti-racist organisations are struggling to survive with funding cut and many have had to close down as a result.
1 in 2 young black people are out of work and are barred from further and higher education because of EMA being slashed and tuition fees being tripled. Black women bearing the brunt of public sector cuts are struggling to make ends meet for their families. 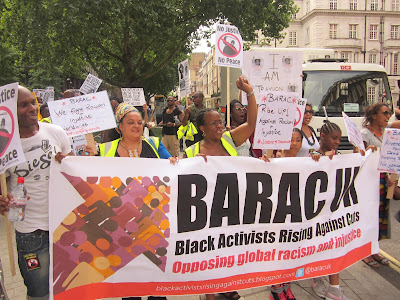 In 50 years much has been done to fight racism and stand up against it, with race equality laws introduced, the public sector equality duty  which stemmed from the racist murder of Stephen Lawrence , yet 14 years after the MacPherson report the recommendations aimed at eradicating institutional racism from the Police forces and other public sector organisations, the vast majority of the recommendations have yet to be introduced with recent revelations of police infiltration of anti-racist organisations and spying on the Lawrence family and their supporters.
At the MLK50 march held in Washington on Saturday 24th of August, Martin Luther King the third, addressing the audience of thousands said; ‘the task is not done, the journey is not complete. The vision by my father 50 years ago was that his four little children would be judged not by the colour of their skin but by the content of their character’. Participants expressed a view that the dream was out of reach for the majority of them.

If we are to truly overcome racism, we have to aim high like Dr King did, not settle for second best or being treated as second or even third class citizens, we must organise, mobilise, remain determined and strong and stamp on racism every time we witness it. The dream may not have been achieved but that does not mean we should abandon it.  Everyone has a responsibility to fight discrimination not just those on the receiving end. Equality is a right, not a privilege.  There will always be doubters and haters but that does not mean we should not dare to dream. 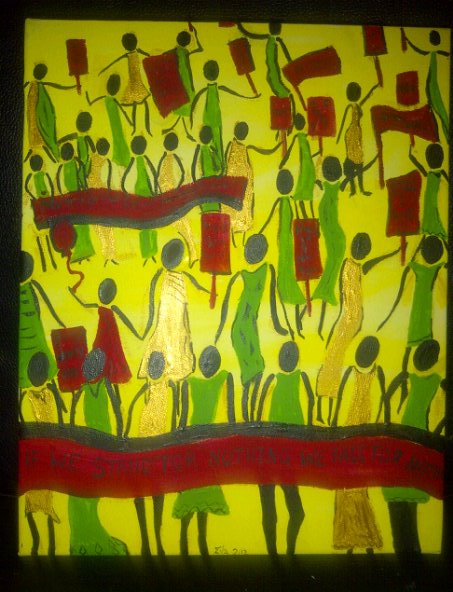 BARAC will be organising a meeting in Parliament, inviting anti-racist organisations from across the UK with the aim of creating a manifesto against racism for the UK. For information about the BARAC MLK50 Equality In Our Lifetime campaign and to receive updates from us email: barac.info@gmail.com or visit our website: www.blackactivistsrisingagainstcuts.blogspot.com.
Zita Holbourne is an award winning trade union and community activist, a poet, writer and visual artist. She is the co-founder and national co-chair of BARAC UK and elected to the TUC Race Relations Committee and the PCS union National Executive Committee.