We started a fundraiser  on Friday 3rd of  September with Crowdfunder UK to raise funds for legal fees for Bruce Mpofu who was unjustly deported to Zimbabwe.  Bruce has no family or friends in Zimbabwe and came to the UK with his mother aged 9.  From today, Sunday 5th of September, following a period of quarantine due to the coronavirus pandemic the 7 people deported on 25th of August, on a Privilege Style airways plane will be destitute. So any money left over after paying legal fees will go towards living costs for Bruce. 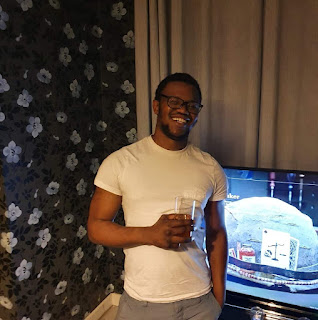 Despite living in the UK since he was 9 years old, Bruce was sadly deported to Zimbabwe on 25th August.

Bruce  who is aged 29 now,  was born in Zimbabwe but came to live in  the UK with his mother when he was just  9 years old. He went to school in the UK and his mother works for the NHS.

He was sentenced to 11 months in prison aged 18 for a burglary and has not reoffended since. But this mistake has  impacted on his immigration status in the UK despite being here since he was a young child.  This was over ten years ago and since then he has surrounded himself with good friends, has volunteered coaching young people with an aim of keeping them on a positive track and in education  and has been a member of Wibsey Rugby Club for many years.

During a routine and regular signing in visit to the Home Office, Bruce was detained on 8th of July  and held in detention  until  he was deported to Zimbabwe on the 25th of August. This was despite efforts to legally challenge this unjust and inhumane action by the Home Office. Previously the  UK government had agreed not to deport people who came to the UK as children.

Help us seek new legal representation for Bruce so his deportation can be overturned.

Bruce has spent the majority of his life in the UK, he went to school here, all his family and friends are here. Everything he knows and his familiar with is here in the UK. He has no family or friends in Zimbabwe.

He made a mistake while he was still a teenager and was punished for his crime. People who are born in the UK , who commit a crime, can be punished, serve their time, be rehabilitated and turn their lives around. But for Bruce and people like him, who were not born in the UK, they face a lifetime of punishment,  impacting on their ability to study and work in the UK, made to sign in weekly / fortnightly with the Home Office, held in detention which is like being in prison again and then deported and left destitute and in danger in a country they do not know, thousands of miles away from loved ones.

Despite having legitimate grounds to remain in the UK including coming to live in the UK as a child, all his family being here and his right to family life, Bruce was wrongly deported.

As an organisation that campaigns against deportations and for justice for the Windrush Generation as well as carrying out regular humanitarian aid missions to support people who are refugees, we have started this fundraiser to help with the costs of legal representation in order for Bruce to challenge his deportation so he can be reunited in the UK with his family and to assist him with living costs such as food and shelter while he is stuck in Zimbabwe.

Please help us to assist Bruce to get new legal representation so that he can be reunited with his family and friends in the UK.

Thanks to everyone who has supported Bruce  thus far  and thank you for your support for our campaigns against injustice and discrimination and for human rights for all. 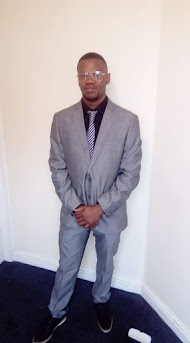