Chair of BARAC UK co-signs open letter on the Police and Crime Bill, initiated by Friends of the Earth 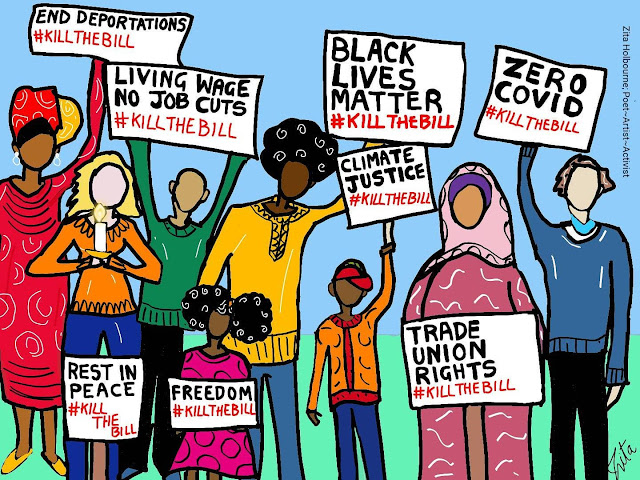 Reproduced from Friends of the Earth website Read original here

Read the open letter calling for the Home Secretary and Secretary of State for Justice to urge the government to reconsider the Police, Crime, Sentencing and Courts Bill.

Dear Home Secretary and Secretary of State for Justice,

We write to share our profound concern and alarm over the Police, Crime, Sentencing and Courts Bill published last week. Not only does this Bill contain numerous threats to the right to peaceful protest and access to the countryside, criminalise Gypsy and Traveller communities’ way of life, as well as a whole host of expansive policing powers, but it is being rushed through parliament during a pandemic and before civil society and the public have been able to fully understand its profound implications.

Contained within this 307-page bill are plans to:

This is a huge bill, both in length and in potential consequences - for young people calling for social change facing greater criminalisation by the state, for Gypsy and Traveller communities facing threats to their way of life, and for anyone who values freedom of expression and the right to make yourself heard against the powerful.

This in itself is enough to cause alarm, but the government is also trying to rush this Bill through parliament, with less than a week between publication and second reading. This is deeply inadequate and provides no time for MPs and their staff, let alone the communities it stands to affect so profoundly, to understand what the consequences of this wide-ranging Bill may be.

For a country that so often prides itself on civil liberties, this Bill represents an attack on some of the most fundamental rights of citizens, in particular those from marginalised communities, and is being driven through at a time and in a way where those who will be subject to its provisions are least able to respond.

We urge the government to fundamentally rethink its approach.

Minnie Rahman, Campaigns and Communications Director, Joint Council for the Welfare of Immigrants

Brian Gormally, Director, Committee on the Administration of Justice

Kate Clow, Chair of the Board, Culture Routes Society