BARAC held a very lively demo outside the Home Office in central London on Wednesday 2nd of November. The demo was organised in response to the mass forced removal of 42 Jamaicans in October. 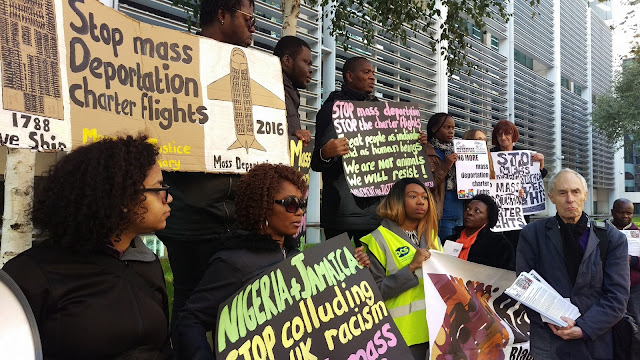 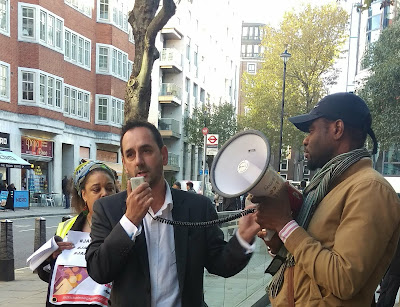 Statements were read out from family members of those deported, from the UK Jamaican Diaspora and from Luke de Noronha, Doctoral Candidate at the University of Oxford reporting from Jamaican on conversations with those deported. 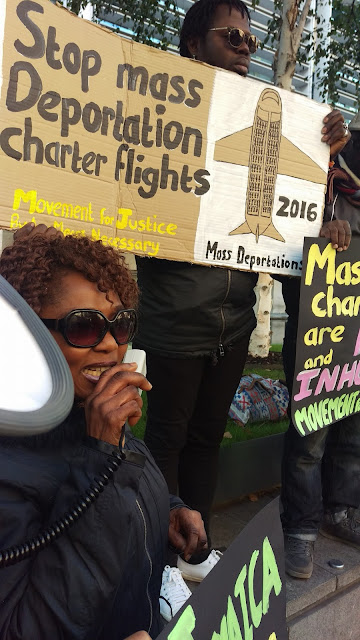 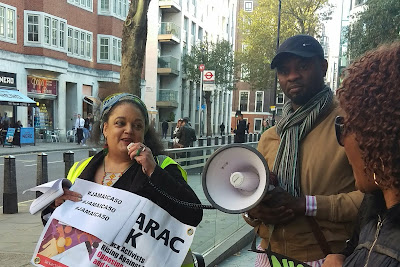 A meeting held on the same evening agreed to support 2 weeks of action planned in opposition to deportations and charter flights with actions taking place in the UK, Jamaica and Nigeria and organised by Movement for Justice. 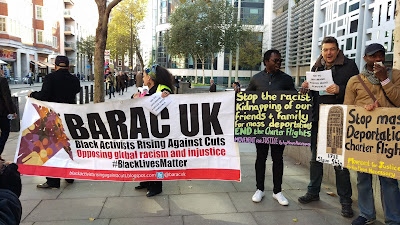 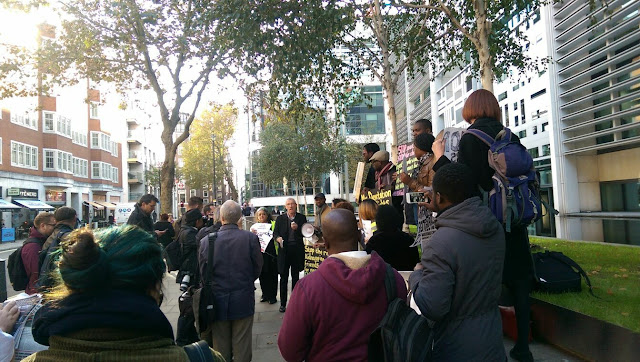 Watch a video report of the demo with interviews here: https://www.newsflare.com/video/92936/politics-business/uk-home-office-crack-down 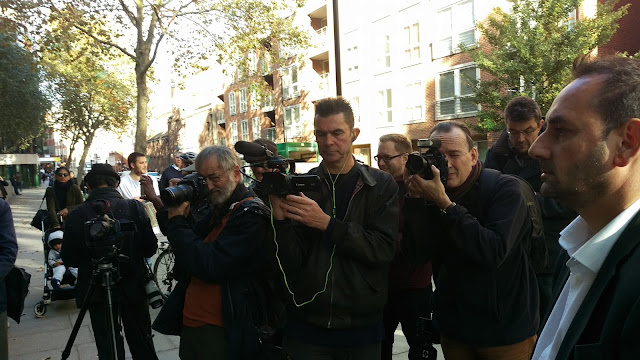 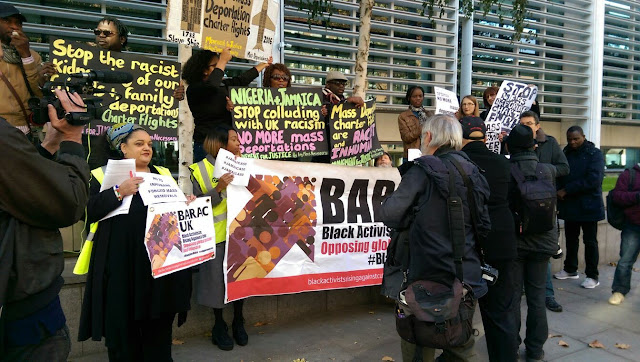