Zita Holbourne, Co-Chair of BARAC launched a campaign 2 days ago challenging the decision by the British Olympic Association (BOA) not to grant media accreditation to The Voice Newspaper, Britain's biggest and oldest black newspaper.

In those 2 days nearly 2800 people signed a petition initiated by Zita on change.org and politicians, trade unions, activists and celebrities joined the campaign. Today the BOA reversed its decision and granted media accreditation to The Voice newspaper.

This campaign shows that with determination, collective action, quick mobilisation and working together we can succeed in a campaign in a short space of time.

This is something we need to keep close to our hearts and minds going forward - we face unprecedented attacks from cuts, injustice and increasing discrimination and we need to continue to work together in solidarity to challenge these. 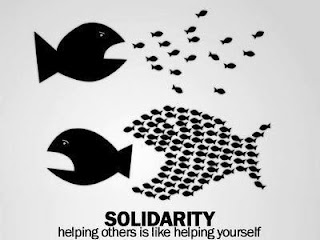 Thank you to all BARAC supporters for signing the petition.

The Voice wins its Olympics accreditation

Greenslade Blog, The Guardian THE VOICE WINS ITS MEDIA ACCREDITATION

Good sense has prevailed! The British Olympic Association (BOA) has bowed to pressure by reversing its decision not to provide accreditation for The Voice, Britain's biggest black newspaper.
It means that The Voice's journalists will now be able to report from the London Olympic stadium and use its media centre.
The protest against the BOA's original decision to refuse accreditation attracted widespread support - from MPs, the National Union of Journalists, London mayor Boris Johnson and black athletes.
A key role was played by Zita Holbourne, a member of the TUC's race relations committee, who launched an online petition calling on officials to reconsider their decision. It was eventually signed by more than 2,600 people before the BOA's climbdown.
Rodney Hinds, The Voice's sports editor, said: "Thanks to everyone who got behind Zita's campaign - it's proof that people power does work and we're humbled by the public's response.
"While it's a shame it had to get this far, credit to the BOA and IOC for agreeing to let us cover the games. We look forward to delivering first class coverage of the games from our unique perspective."
Among those who supported The Voice were Labour MPs David Lammy and Tessa Jowell, Jamaica's high commissioner Aloun Assamba and Simon Woolley, chair of Operation Black Vote.
The success of the protest has also been welcomed by change.org itself. Its campaigns director, Brie Rogers Lowery, said: "Zita's campaign shows that an individual can launch a campaign on an issue they care about and build up enough support to win. We're thrilled that Zita and The Voice could make a real difference by using change.org."
Sources: change.org/The Voice