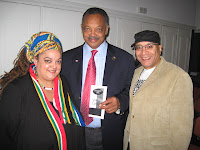 On the opening eve of the Olympic Games 2012, Friday 27th of July 6-8pm BARAC will be holding a public meeting in Stratford, London, home of the Olympic Games to launch a new initiative focused on mobilising communities and trade unions against the unfair, unjust and discriminatory Tory agenda which is leading to rising unemployment and increasing injustice and inequality:

Equality in our Life Time: A National March on for Jobs and Justice 2013: The 50th anniversary of Dr Martin Luther Kings famous “I have a dream” speech. On August 28th 1963 Dr Martin Luther King led the historic civil rights Jobs and Freedom March on Washington. The march attracted over 300,000 people in a unique and historic effort to end racial segregation, racial prejudice and Jim Crow legislation in the United States.

BARAC is inviting black organisations nationwide to sign up to a broad discussion that explores the potential of reaching consensus agreement to:

Attend the National Coordinating Committee for the March and help us develop the main anti racist demands and produce a mobilisation strategy for the march.

To join with us in helping to formulate a national set of demands for jobs and justice.

To explore the possibility of holding major black organisations AGM’s and or national conferences during one week in 2013. We are suggesting a National Black Convention to be held during one week at a residential venue in early September 2012.

We are inviting black organisations including black structures of trade unions to attend the public meeting on the 27th in order to initiate discussion.

Speakers on 27th July  include:


Please also read this blog which is designed to generate discussion about the issues facing us and comment and feedback: http://leejasper.blogspot.co.uk/2012/07/tackling-racism-in-uk-in-21st-century.html